Potsdam is the largest city and capital of the German federal state of Brandenburg. While many other eastern German municipalities shrink, Potsdam experienced a substantial population grown in the last two decades up to 180 000 inhabitants today. Potsdam is located on the banks of the Havel River in the southwest of Berlin only a 30 minutes train ride away from Berlin’s city centre. 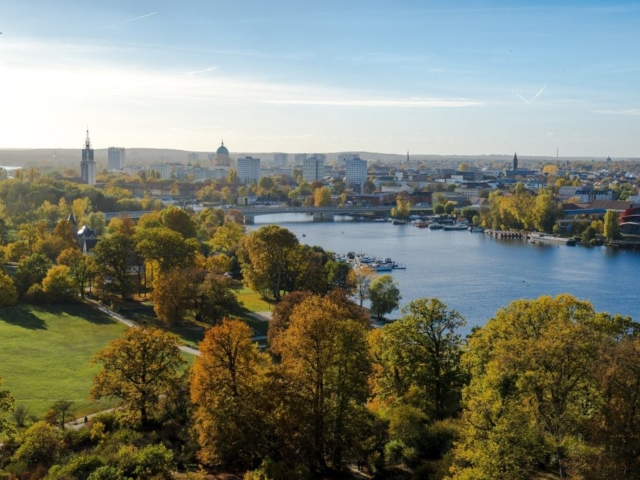 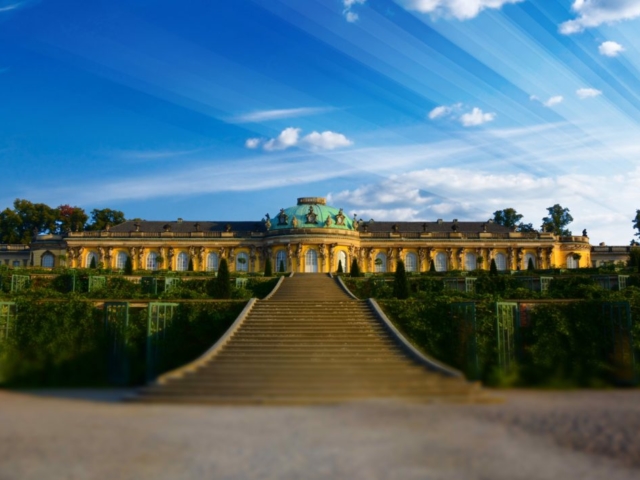 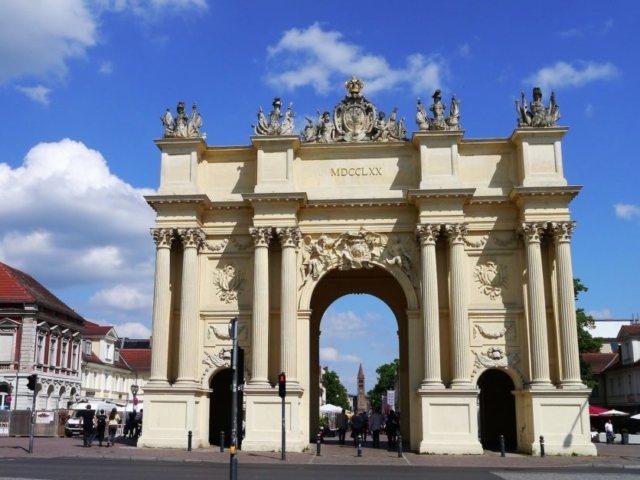 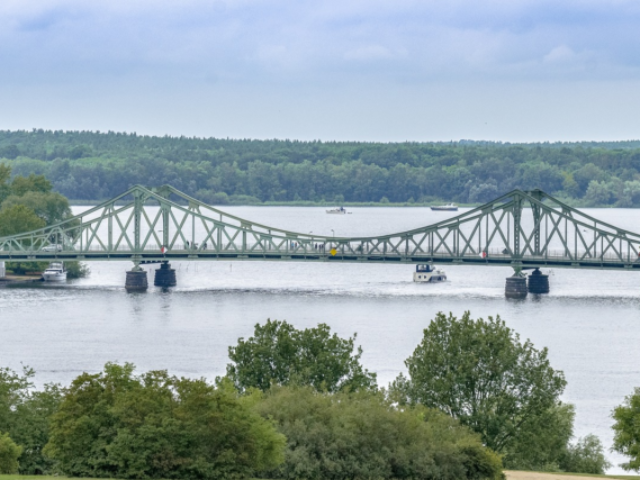 Potsdam’s history is more than a 1 000 years long, however, the major city structure was formed and many palaces and parks built during the 18th and 19th centuries, when the city was the residence of the Prussian kings. Although Potsdam was heavily damaged by bombing in 1945, most of the palaces remained intact or were rebuilt. Today, Potsdam is full of UNESCO World Heritage sites, all in all covering approx. 500 hectares of parkland and 150 buildings. Among them is the famous Schloss Sanssouci, built as a summer residence for the Prussian kings in 1747. Find out more about the 16 palaces distributed over three large parks and the city centre of Potsdam as well as about other tourist highlights here.

Potsdam has developed into an important centre for science and research in Germany with a high density of students (15 % of the total population).  There are more than 30 research institutes in the city, the University of Potsdam, and public colleges including Germany’s first film university. The Filmstudio Babelsberg, located in the south-eastern part of Potsdam, is the oldest large-scale film studio in the world, producing films since 1912.

While in Potsdam everywhere is within easy cycling distance and while the city enjoys a much slower pace than Berlin, the close-by capital of Germany with many more historic and cultural sites is only a stone’s throw away.

Places to see and places to eat

Imagine a warm and sunny day in Potsdam in early summer … around the EARSeL workshop, you’ve got a couple of hours to explore the city – but where to start and what to do? There are SO many options! We’ve collected some advice from the Organizing Committee members that you might not find in a guidebook ;).

Arlena has been living in the beautiful area of Potsdam Babelsberg for more than ten years. If you’ve got a couple of hours, she recommends to catch a bus from the main station to Rathaus Babelsberg or even better, to get a bike and cycle the ~ 2.5 km. Stroll the streets with the historic “Weberhäuser” (weaver’s houses) and get a taste of the world’s best cake at Café Lukas in Karl-Liebknecht-Straße (they also offer a small selection of interesting hearty dishes) – or get handmade ice cream from the Eisfrau. Make your way to Park Babelsberg with its many historic buildings – it’s quite hilly in the centre and not as “tame” as Park Sanssouci. From the Flatow tower (open in the weekends), you get a nice view over the city and there are usually exhibitions on the eventful history of the park (once a king’s residence but later part of the inner German boarder). At the shore of the Havel, there are several beaches where you can swim (the water usually gets quite warm). Depending on your time and mode of transport, you can continue by bike (e.g., through Park Babelsberg and along the Havel to the Neuer Garten Park and from there to BuGa Park or Alexandrowka), by boat (from one of the taxi boat jetties or with a rental canoe (from Griebnitzsee station)), or by public transport to one of the many other highlights … 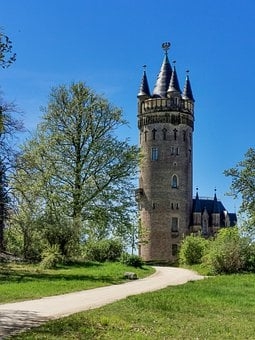 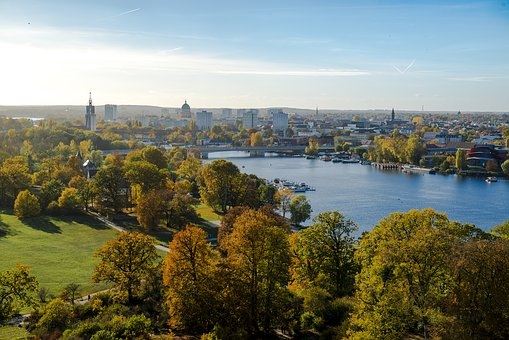 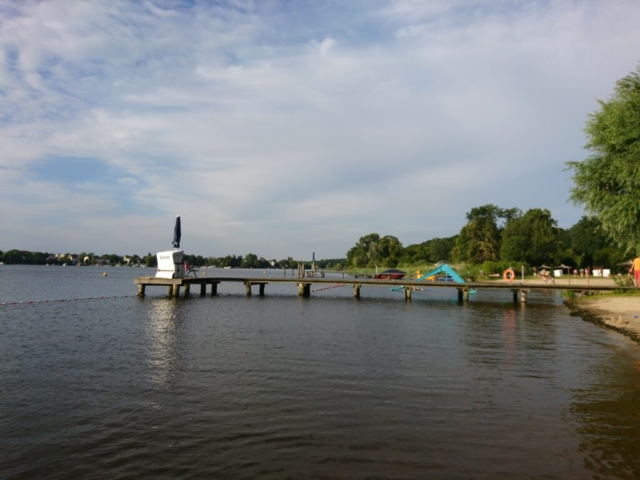 One of Saskia‘s favourite places in Potsdam is the Pfingstberg with the Belvedere Palace. The palace thrones on the highest “hill” of the city. In one of the few interior rooms, the so-called Moorish Cabinet, weddings are held high above the city, and the Belvedere is often the scenery for concerts and readings. After World War II, the palace was largely destroyed and forbidden to access because of its proximity to Soviet Secret Service Base “Military Town No. 7”, and it fell more and more into disrepair. It was not until around 1990 that it was awakened and restored, thanks to many private donations. Today, when visibility is good, you can enjoy the stunning view from the two towers even as far as the Berlin TV tower at Alexanderplatz some 30 km away.

For all those who love art and architecture, Saskia has another must-visit recommendation. The Barberini Art Museum, located directly in the city centre of Potsdam on the Alter Markt, opened in 2017 and has become one of Potsdam’s most visited sights. The Palais Barberini was destroyed during the war and has been rebuilt in its old appearance but with the latest technical equipment and air-conditioned rooms. It shows a top-class permanent exhibition of famous impressionists as well as changing exhibitions on various themes and artists. Besides the pictures and rooms, I am always impressed by the perfect multimedia support including online live tours, virtual 360° tours and audio tours with the free Barberini App. You can visit the exhibition in advance in the app or be guided by the app through the rooms. 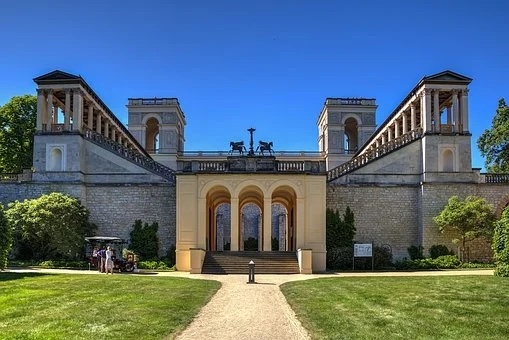 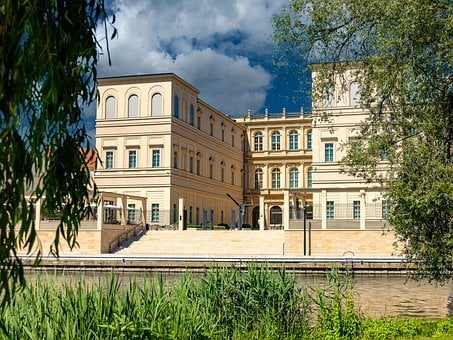 Niklas: “Potsdam is a great place for those loving movies and history. One of my favorite tours that combines these with the beautiful nature around the city starts at the Filmmuseum next to the Landtag of Brandenburg. The museum shows a permanent exhibition called ‘Dream factory. 100 years of making movies in Babelsberg’. It presents the complete process of producing a movie from the initial idea to the opening night. It’s important to note that the Filmmuseum only accepts cash for entry payment. However, charging only 6€ + 5€ for special exhibitions, it’s comparatively cheap. Opening hours are from 10 am to 6 pm, and it’s easy to reach by feet from Potsdam main station or by taking bus or streetcar.

Now that you got to know the way of making movies, I’d strongly recommend to visit some grandiose sceneries. Preferably, you take streetcar line 93 toward Glienicker Brücke at the border between Potsdam and Berlin. It’s the eponym of Steven Spielberg’s ‘Bridge of Spies’ and parts of the movie have originally been shot here as the bridge was used for spectacular spy swaps between Soviets and western Allies during Cold War and the German Division. Not only because of that, the Glienicker Brücke is a symbol for both German Division and Unity. Besides that, you can enjoy an awesome view at Park Babelsberg or watch the various boats and ships on the Potsdamer Havel while standing on the bridge. By the way, the river mustn’t be used by cargo ships anymore and therefore, is very popular among people doing water sports.

After crossing Glienicker Brücke, I love to take the Uferweg to Wannsee, which is another excellent place in case you’re into any kind of on-water activities. The Uferweg is an approx. 10 km long trail directly leading along the shoreline of the river Havel. At about half the way you can take a ferry to the Pfaueninsel, where wild running peafowls can be spotted. Entering Wannsee, I recommend to visit the villa Am Großen Wannsee, where the Wannsee Conference was held. Nowadays, the place is a worth seeing memorial and museum. In addition to its exhibitions, it offers a variety of educational opportunities to learn about the history of the persecution and murder of European Jews, the history of National Socialism, its prehistory or its aftermath. 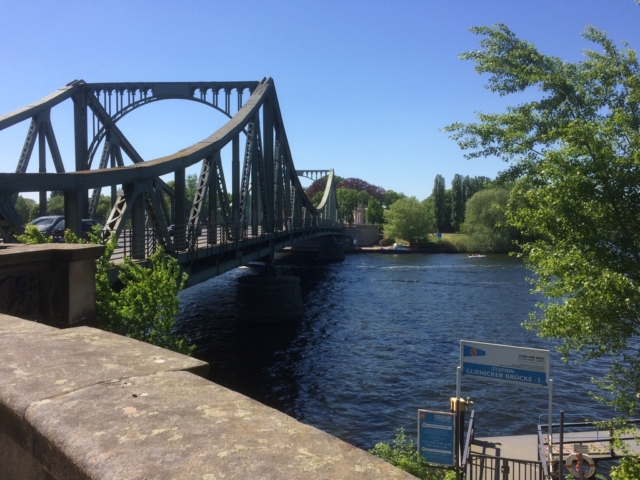 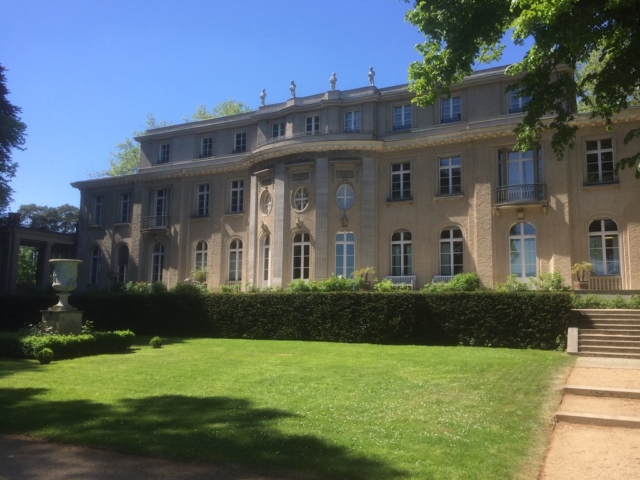 Afterwards, I usually take some refreshments at the Loretta beer garden in Wannsee. The place offers nice shady seating in hot summer weather. Besides beer and soft drinks, a special tip is the homemade iced tea, original Berlin curry sausage, or, for those who prefer it meatless: baked potato with herb curd. Finally, you can easily head back to Potsdam by taking the suburban train line 7 to Babelsberg or Potsdam main station from Wannsee station that is located right next to the Loretta.”

If you’ve got special needs or need more (specific) advice, please talk to us. We know the city well and are more than happy to share our recommendations.

We are planning the workshop as an in person event in Potsdam and currently do not foresee the possibility of an online participation.